With temperatures below zero and wind chill in the minus twenties, 60 some-odd chorale members braved their way to the fourth floor of Lyons to enjoy good snacks, company, and performance. The night kicked off with “Hey Soul Sister,” performed by Annie Kim on the Ukulele and Maggie Stern and Valerie Menna singing harmony. They continued with a medley of other songs, much to the delight of the crowd. From there, George Liddy told a riveting story of a childhood episode that affects him and his old vice-principal to this day. Katya Van Anderlecht and Lexi Auth then performed a piano and singing duet medley in the spirit of Valentine’s Day of famous Love Songs. Emma Wang dropped jaws with a piano performance of Dreams of Love by Franz Liszt, putting much of the crowd in a trance and the rest in a state of utter admiration. Following Emma was Kate Weidenman, who excitedly flowed back and forth across the stage, describing how dying one’s hair blue means more than a mere change in color. Arev Doursounian then emulated Adele with a tear wrenching rendition of I Found a Boy, with supple accompaniment by Alex Christofferson.The last act before intermission was that of James Breen (pseudonym J-A-M-S). Breen took to the stage donning rollerbades making his case for inclusion in the Guinness Book of World Records as the “only person to perform a self composed Irish jig and Justin Bieber’s ‘Sorry’ all while riding rollerblades.” 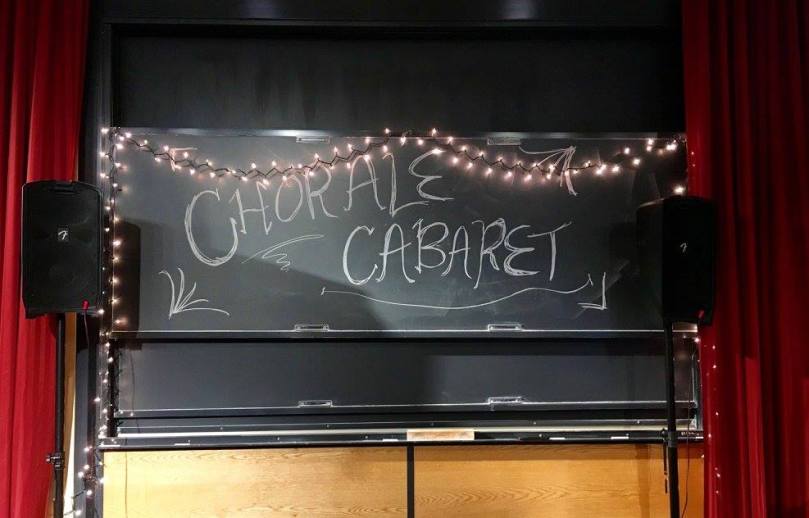 Intermission saw the devouring of a wide variety of carefully selected snacks. After intermission, our very own Trap Queen Rachel Aldrich performed “Trap Queen” by Fetty Wap, with succulent piano accompaniment by Alex Christofferson. Brett Murphy can speak faster than we can all think and it’s probably due to his formidable understanding of the Brrraaaiiinnnn. Abigail Kopec did her civic duty as a Boston College leader in spirit and gave a lesson on sports game cheering even though we totally know all the words to “For Boston”… Elizabeth Wollan exhibited her piano and vocal skills as she melted the crowd with a mashup of songs like “Skinny Love, Sorry, Hello, and See You Again.” The night concluded with the entire room toning their bods to an 80’s workout routine with the National Aerobic Champion Theme by Ty Parr, blaring out the chorale room speakers. Thanks to all who performed and helped set up! Also a huge thanks to everyone who trudged through the cold and came to watch the show.